Many of the women I see in my office want a “natural” treatment for their sex life. They don’t want a prescribed medication if they can get their libido back in some other way. Many experiment with trying over-the-counter herbs fully aware that there may be more hype about love potions than actual fact, and hopeful that there is some truth to the marketing.

The info comes from a 2015 review presented in Journal of Sexual Medicine. The review was done to answer the same question: Was there was any evidence to support all the claims of sexual wonder?  It turns out that fenugreek, Korean red ginseng, maca, L-arginine and tribulus terrestris are plant products that did show supporting evidence, even if the evidence was limited in scope. I have included a few details from this review of research below.

Fenugreek: Fenugreek is an herb, often used in Ayurvedic medicine, which contains building blocks used to create estrogen and testosterone. A 2015 study showed that fenugreek improved arousal, lubrication, and satisfaction in premenopausal women. There were minor intestinal side effects. The dose used in the study was 300 mg twice a day. Fenugreek should not be used by people taking blood-thinning medication (anticoagulants), or by women with hormonally active cancers.

Maca: Maca is a root vegetable from Peru and has long been used for fertility in the Andean culture. Three out of four of the random clinical trials mentioned in this review did show positive effects on sexuality. Study doses ranged from 1.5 to 3 grams of maca a day. Its mechanism of action is not fully understood. It is known to not alter estrogen and testosterone levels as fenugreek does. It does contain phytoestrogens, plant-based compounds that can inhabit the estrogen receptors in your body. This can be a good thing or a bad thing depending on who you are, your hormonal status, whether you have cancer, the medications you are on, and many other factors that researchers are currently trying to decipher. Maca is well tolerated. We do not yet have data on what doses are optimal or safe for women to take.

Ginseng: Korean red ginseng is an herb that has been shown in one double-blind study to heighten arousal in menopausal women. It works by encouraging the release of nitric oxide, which improves blood flow in the clitoris and vaginal walls. (This is the same biochemical pathway that is augmented by Viagra, Cialis and similar medications.) Ginseng has been shown to be estrogenic, so it should be avoided by women with hormonally active cancers, and by women who have bleeding disorders or are on anticoagulant medications.

Tribulus Terrestris: This herb contains a compound which converts to DHEA. DHEA is a building block for your testosterone. This review found two randomized placebo-controlled studies that demonstrated improvement in female sexual function using this herb. The herb was well tolerated and sometimes caused minor intestinal side effects.

L-arginine, a common amino acid, is taken by many men and some women for a Viagra-like effect. It is a precursor to nitric oxide and nitric oxide causes blood vessels to dilate and fill with blood all over your body, including the clitoral and vaginal areas. There is significant evidence that L-arginine is helpful in producing firmer erections in men. Research on L-arginine by itself in women is lacking. There is a small double-blind study of 108 women that showed an increase in sexual desire and sexual satisfaction after taking the supplement ArginMax. This is a multi-ingredient supplement which has L-arginine in it, along with a variety of vitamins and herbs, some of which we have just mentioned: Korean Ginseng, Ginkgo, and Damiana Leaf.

Medicine, to date, hasn’t generated enough evidence-based data to establish guidelines for safe use of herbs over time, so we are left somewhat on our own. I say somewhat as there are naturopaths, herbalists, and nutritionists who are well educated in the potential of these plant products and have used them clinically for decades. Be careful in experimenting! Herbs are powerful products, and as you can see above, they can increase hormones in your body that can contribute to cancers and blood clots. 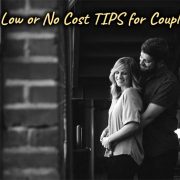 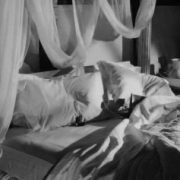 Create an environment for an "EVENT" 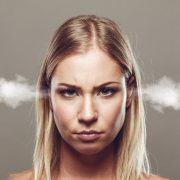 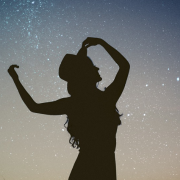 A Woman's Sexual Self 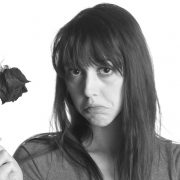 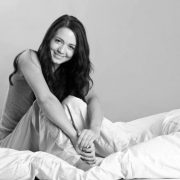 Women and Sexual Desire: Adding clarity into this mystery
0 replies